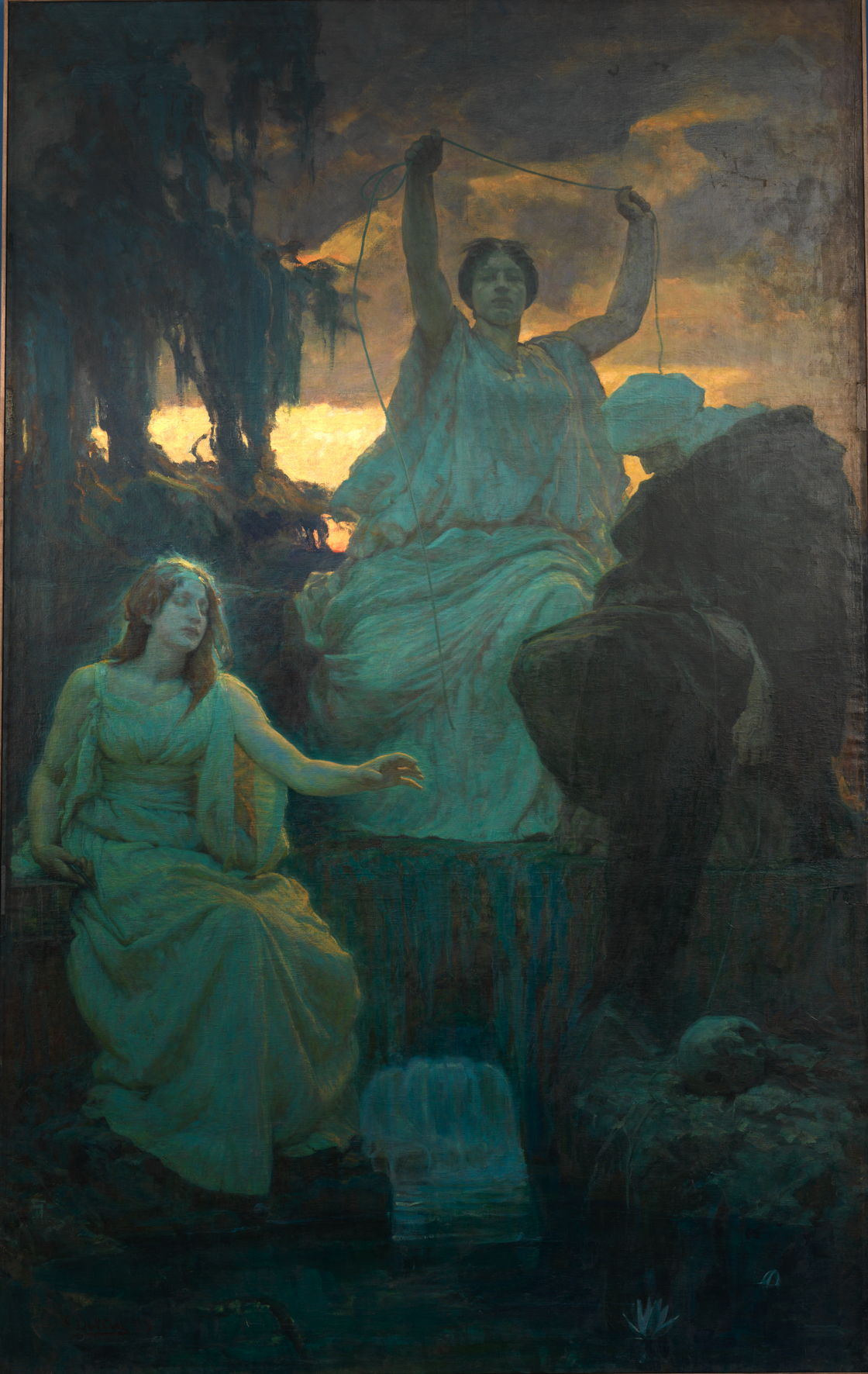 Well, you’ve managed to find seax-wica.org somehow, so there’s a pretty good chance you already know a bit about Seax-Wica, but since you may have been looking for Saxon lore, general Wiccan information, or just heard about a friend or family member who practices it, I think it’s a good idea to have a basic introduction to it on the site.

The ancient religion of the Saxons…not.

Seax-Wica is a tradition (or denomination) of Wicca, a nature-based neo-pagan religion. I’ll skip over the history of Wicca in general so I can write about it in another article and focus more on the specifics of this tradition. It is deeply inspired by Anglo-Saxon lore and history, but I want to emphasize the word ‘inspired’ here: Seax-Wica is NOT a reconstructionist religion. It is not, nor claims to be, a continuation of any ancient religion. Raymond Buckland (the founder) states: “It is presented as a modern rendition of a path of Wicca, a form of Witchcraft that has its roots no earlier than the mid-twentieth century,” Raymond Buckland states.

Where did it come from?

Seax-Wica was created by Raymond Buckland, a practitioner of Gardnerian Wicca (don’t worry about the specifics here, but ‘Gardnerian’ was the first tradition of Wicca). After ten years or so, Raymond decided that that form of Wicca wasn’t quite what he was looking for. In his own words: “At about this time I came to the decision that, as beautiful as Gardnerian Wicca was, and as well as it had served me for the early years, it wasn’t totally right for my personal religious requirements. I don’t believe that anyone should have to compromise when it comes to religious worship. Everyone should be able to feel completely comfortable in what they do.” 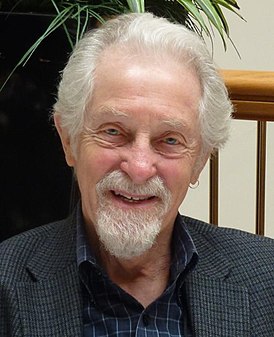 And so he created Seax-Wica, by taking out a lot of the Ceremonial Magic (a medieval form of ritual) that Gerald Gardner had added and breaking from traditional Wiccan structure. He originally did this for his own personal practice, but in 1974 he published “The Tree” (which was republished in 2005 as “Buckland’s Book of Saxon Witchcraft”), which outlined the rituals, beliefs, and tools of Seax-Wica so that anyone interested could practice it. This had a major impact on Wicca going forward, altering it dramatically, but we’ll save the details for a later article.

Who do the Seax-Wica worship?

In Wicca, we believe in two gods: A God and a Goddess. But let me complicate that for you.

We believe in Deity, the creative forces of the universe as an ultimate, unknowable force. As humans, our ‘creative’ power comes from sex: the joining of a man and woman to create a new human. So, it is natural that we would perceive the creative forces of the universe as being a man and woman, and thus in this conceptualization we perceive the divine as a God and Goddess.

We also consider all gods and goddesses of mythology throughout the world to be hypostasis of the God and Goddess, different facets of the divine that have been given many aspects that often vary from one culture to another. What one culture considers a ‘feminine’ aspect may be masculine in another, so the lines are often blurred. And most Wiccans feel this is as it should be: every male has a feminine side, every woman a masculine side. Most Wiccans use the names of a mythological god and goddess when addressing the Lord and Lady, but some also use names from more contemporary sources.

In Seax-Wica, specifically, we honor the God and Goddess with the names of Woden and Freya. Although Mr. Buckland gives his rationalizing for using a Saxon god and a Norse goddess, as believers of the One God and One Goddess, the names are honorary titles, not actual personas. In his words: “Names, after all, are only labels to help us identify with the gods.” Many Seax-Wica also adopt different names, such as Frig for the Goddess, and this is also acceptable, although we tend to keep to Saxon gods (although maybe spelled in another Teutonic way).

So Seax-Wica is duotheistic: We believe in exactly two gods. Although technically that also makes us polytheistic, that tends to mean ‘many gods’ and is a little misleading. Whether Woden and Freya are viewed as abstract powers, literal beings, or something else, varies from one practitioner to another.

How do the Seax-Wica worship their Gods?

Wiccans celebrate the Wheel of the Year: eight holidays, or ‘Sabbats’, roughly six weeks apart through the year. We also celebrate each full moon during what we call an ‘Esbat’. On each of these occasions, we perform rituals to honor the gods, reaffirm our commitment to Seax-Wica, and to ask for the things we need.

These rituals can be extremely intricate and scripted, or made up on the spot. In Seax-Wica, “The Tree” provides the foundation for our rituals on each of these holidays, as well for various rites of passage. In contrast to other traditions, these rituals tend to be very short and to the point. Some practitioners like this, but other feel they are shallow and embellish them. Either one is fine, and the individual has Raymond Buckland’s blessing to do so: “… [The Tree] is presented as a “complete” book of Saxon Witchcraft and does not call for any expansion. It is presented as a foundation for your own personal approach to communing with deity and is complete on that basis. I urge you to adapt what I present to meet you own personal requirements.”

Naturally, with that kind of license and encouragement, the ways that Seax-Wica is celebrated and how the gods are worshipped varies from one individual to another, and from one coven (group) to another. Some basic concepts that tend to be similar, however, are that we use Saxon names (or some Teutonic variation) for our gods, and that both Woden and Freya are honored at Sabbats and Esbats, which may be different in other traditions of Wicca.

In other traditions, each Wiccan has an “athame”, or ceremonial knife used in ritual, and this is often reserved exclusively for ritual, to cut through magical barrier and other spiritual things. In Seax-Wica, it is called a ‘Seax’ (Old English for ‘knife’) and is used for practically everything. The more one uses it, the more of his or her ‘energy’ or ‘mana’ that is stored in it, and the deeper the connection is to the wielder. Although specifications for what a Seax would look like are given in “The Tree” (straight, double-edge, wood or bone handle, no markings or runes), they also vary a lot from one to another.

Because the Seax is used for so many things, several other tools found in other traditions of Wicca are not used in Seax-Wica, such as the awl or white-handled knife which are usually the ‘working’ knives. Additionally, the Seax also replaces any use of the Wand, which Mr. Buckland found to be superfluous.

There are tools that Seax-Wica has that most others do not: The Thegn (I’ll explain later) carries a spear and shield. Other than that, we use a sword, candles, a Drinking Horn, censer, and small bowls of salt and water. We also have images or objects to represent Woden and Freya, but these are more for focus that any sort of tool-use. The sword is also mainly used for coven-based work, so isn’t used by every solitary.

Who’s the leader of Seax-Wica

This can be a sore subject, but I will get into that in another article. Short answer: No one. Each coven and individual is completely autonomous. Raymond Buckland has the honorary title of Faeder (father, or founder), but it is only a title.

For each coven, however, there is a Priest and Priestess who kind of ‘run the show’ during rituals. These are each elected after serving for a year. However, anyone may serve as their own priest/priestess, like the many solitaries. There is also a Thegn, who is the sergeant-at-arms that calls the meeting of the coven, and a Scribe, who keeps the records, but Buckland has said that these two roles are not essential.

What else is important to the Seax-Wica?

A lot, but you should have a general idea of it for now. Future articles will delve into more detail and history around the tradition, or you can check out Raymond Buckland’s “The Tree” or “Buckland’s Complete Book of Witchcraft”. Speaking of which, if there’s something specific you’d like to see covered in a future article, let me know in the comments!