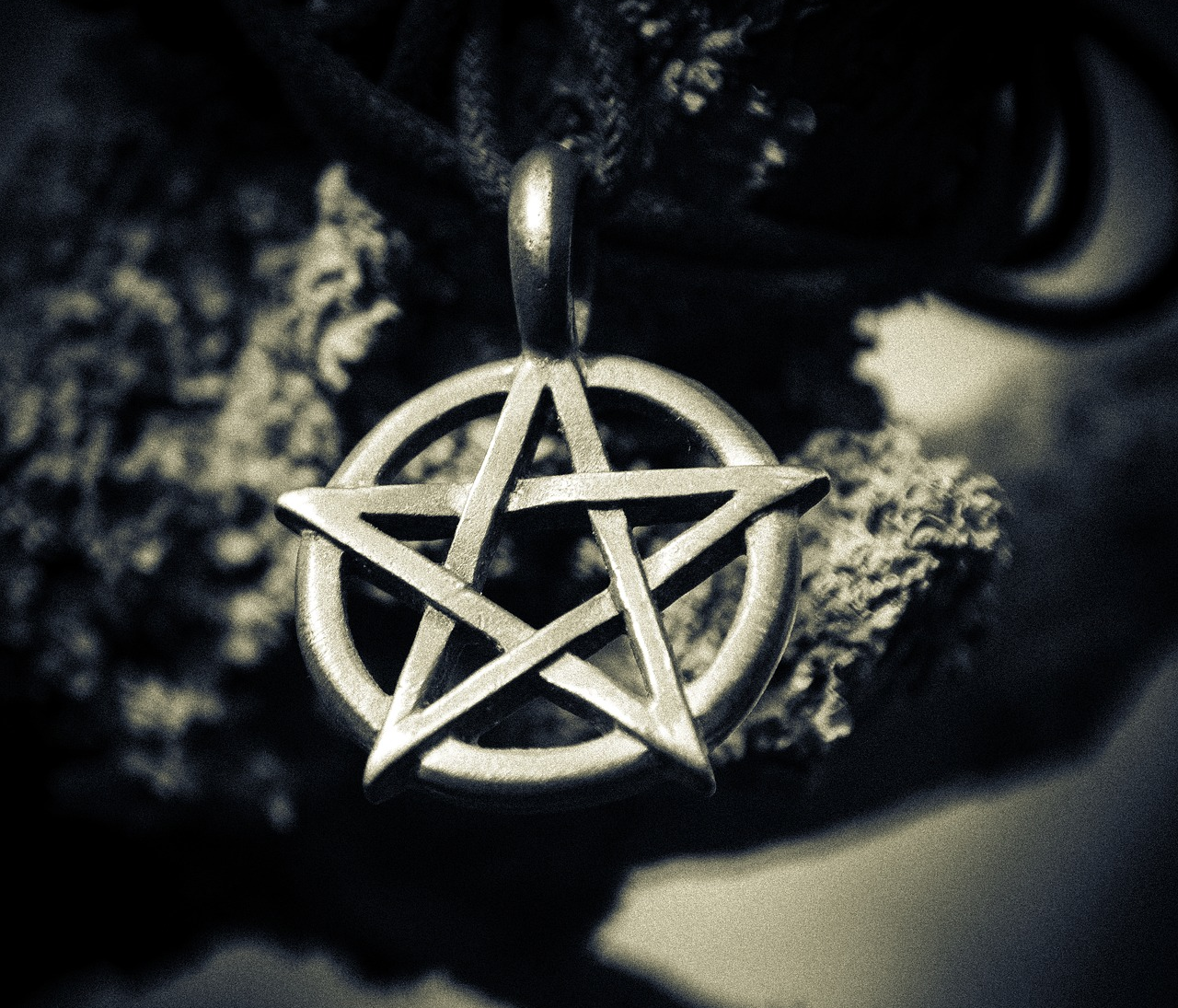 Wiccans are a diverse group, drawing from many sources for inspiration, and we use many symbols in our practice and religion. Most of us, however, see the Pentacle as the symbol of our faith, but few wear it. Part of the reason we don’t is because pop-culture has attributed it to Satanic or Devil worship, despite being well known as our religious symbol. It has been recognized by the Department of Veteran Affairs and allowed on the gravestone of Wiccans who have served. Getting to that point took a lot of effort on our part, and we didn’t achieve that right until 2007.

Wicca typically adopts the Pythagorean symbolism of the pentagram: that it represents Earth, Air, Fire, Water, and Spirit, the Sacred Elements.

As Wiccans, we do not believe in any ‘Satanic’ figure. The concept of a ‘pure good’ and ‘pure evil’ entity are not a part of our faith. We’ve been trying to make that point for 70 years now. Recently, a well-known gay man who has recently come out has decided to market a product featuring our religious symbol but bearing a title with “Satan” in it. This has generated a great amount of publicity and will undoubtedly do great harm to our faith, once again perpetuating the misconception that we worship any such figure.

This man is a deeply wounded individual, who has lived in a society that has demonized homosexuality and called it ‘sinful’. He has lived with shame his entire life because of who he is, and he is now in a position to act out against the forces that propagated that hate. But he has done it by desecrating the holy symbol of a faith that has welcomed homosexuals long before the general society. This, I am sure, was done out of ignorance, and not willful hate towards us, but it has non-the-less caused damage to us.

In Seax-Wica we have a symbol that represents our tradition, but we still hold the Pentacle sacred. It appears on the back cover of “The Tree” (although technically a five-pointed star) and is used in many of Raymond Buckland’s works. While you could certainly choose to wear the Seax-Wica Symbol (if you wear jewelry at all) and avoid the issue in the first place, I plan on going the opposite route. I will be wearing a Pentacle around my neck for the first time. I want people to ask me about it, so that I can explain what it means to me, to help combat the damage this event has done and will continue to do.